A card game of kanji like playing cards, made in Japan.
No kanji reading skills required!

“BABA” is a Japanese family name but there are 9 combinations of different kanji characters. With these character cards, let’s play like ‘Concentration,’ ‘Old Maid,’ or ‘Buta no Shippo (Pig’s Tail)’. 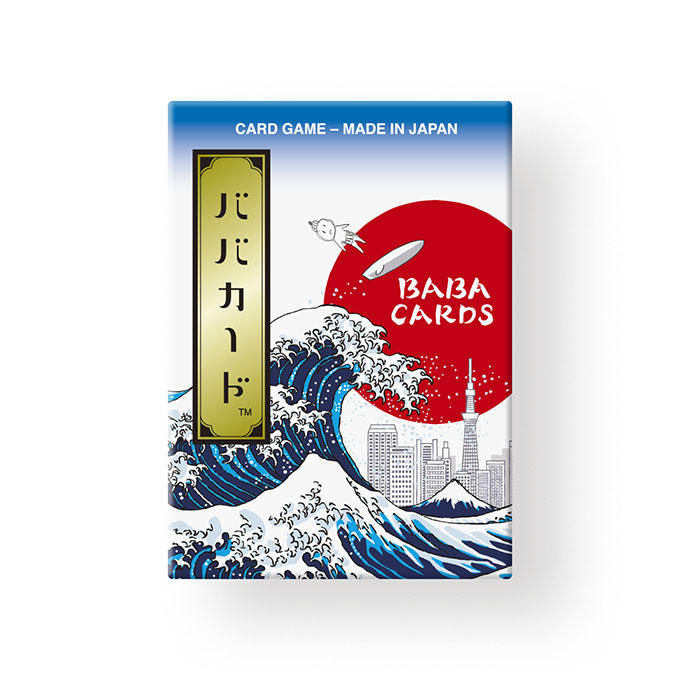 All cards are BABA!

BABA is a family name, printed on the cards in 9 different ways. And the character OBABA, means ‘grandma’ or ‘old lady’ in Japan.
Don’t get cocky! Kanji may look the same but lookout for little differences! It’s confusing! 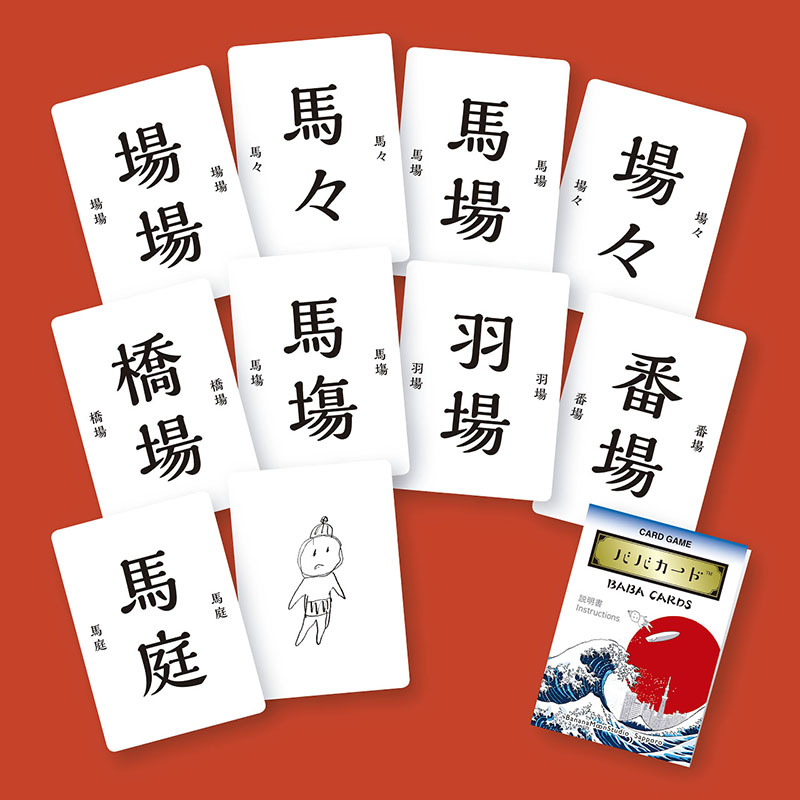 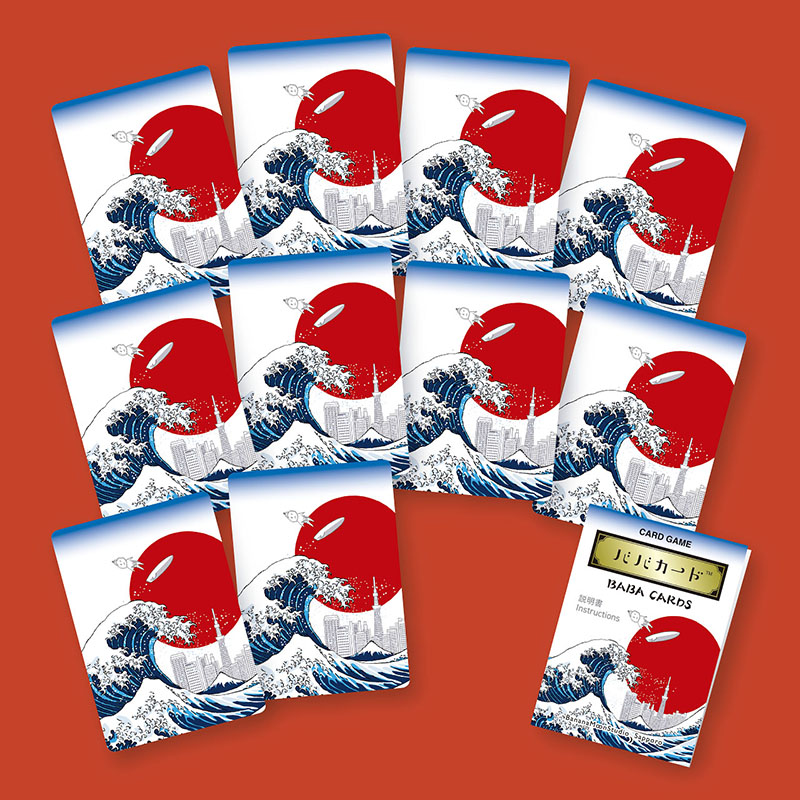 [Set Up]
• Lay all cards (including Obaba cards) out face down randomly.

[Play]
1. The first player chooses two cards and turns them over.
2. If the two cards are a matching pair then the player takes them.
• The player who just picked the matching cards goes again.
3. If the cards are not a match they are turned back over and it is now the next player’s turn.

[Game Over]
• When all the cards have been played the player with the most matching pair (Obaba cards are counted double) is the winner.

[Set Up]
• Remove just one Obaba card and put it aside.
• Deal all of the remaining cards.

[Play]
1. Each player sorts their cards and discard any pairs.
• All players check wheather each other’s pairs are correct. Any player who has discarded an incorrect pair must imitate an Obaba (or old maid) as a penalty.
2. In turn, each player takes a card from the player to his or her right. Play proceeds clockwise.
3. If a player takes a card that makes a pair, the pair is discarded.

[Game Over]
• When only the Obaba card remains in play, the player holding that card is the loser.

[Set Up]
• Make a large circle with all cards (including Obaba card) face down.

[Play]
1. The first player takes a card from the circle, flips it over and places it face up inside the circle. The next player repeats this action.
2. When a card of the same suit is placed on the previous card, players must quickly slap their hands down on the top card.
3. The last player to do so or a player who wrongly slaps the cards must take the pile of cards in the center as a penalty.
• Any players who hold penalty cards must play a card from this pile (instead of cards from the circle) on their turn.

[Game Over]
• When all cards from the circle have been played the player holding the fewest cards is the winner.