Bossa, a simple yet elegant game of tactics with a little luck, for 2. Imbued with Japanese craftsmanship

Two new snow-inspired editions handmade by highly skilled Japanese paper craft artisans. Expansion components added, more fun and more thought evoking!
For previous edition owners, 2023 Update Kit (an expansion component set and a 2023 revised rules instructions) available.
Live on Kickstarter until February 23.
We will post project progress reports on this page from time to time. So follow us!
Thank you for your support!

Posting updates on the development process of the new Bossa editions

Launched and funded! Thank you backers!

We launched the Bossa campaign on Kickstarter at the scheduled time.
Thanks to our enthusiastic backers, we exceeded our funding goal in about 20 minutes!
We will continue to post updates until the campaign ends, so please continue to support us.

Launch date and time have been set!

Why is that ↑ happening?

We’ve made some improvements to make Bossa a more fun and thoughtful game, and we’ll be making the update kit available to backers who are owners of the 2022 edition in our new Kickstarter campaign coming soon.

One of those improvements is the addition of optional rules with an expansion component. This is the answer to the above picture. For those of you who have already played Bossa many times, you can probably guess that there will be more challenge and interference tactics!

Some changes to the rules and a clearer revision to the rulebook. We have improved the descriptions and added new rules to address some of the most frequently asked questions from players.
For example, for issues such as

We hope Bossa to grow into a long-lasting game, and to do that we want to not only create new product editions, but also continue to make improvements that will benefit everyone who is already an owner of Bossa.

Our pre-launch page on Kickstarter (→ here) is now available in advance of the launch of the Bossa crowdfunding campaign in late January. Please support us by clicking “Receive Launch Notification” on this page!

We have started preparing photos and videos for the Kickstarter project page. Due to budget constraints, we are taking the photos ourselves (we are aware that this is something we should have asked a professional to do, as we are originally a design company, but we had no choice). We hope to convey the appeal of the new version while making do with our limited equipment and tools. 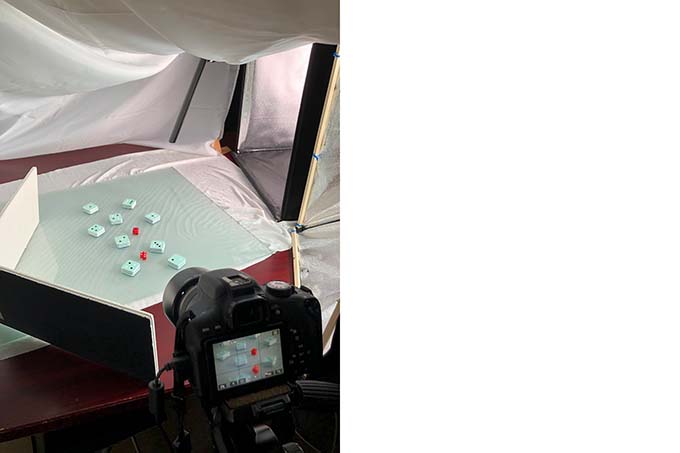 The dot tile and the action marker prototypes are complete!

Bossa components are handcrafted by Mr. Masayuki Tadokoro (Shichisei Sangyo), a highly skilled paper craft artisan. He took time out of his busy year-end schedule to complete the prototypes.
The new color combination of THE ART edition “yuki” is made of 9 layers of dyed paper with his unique sense and technique. And CLASSIC-neo edition is based on the 2-layer CLASSIC edition, and one layer symbolizing snow was added to create a 3-layer structure. Both have turned out amazingly beautiful.

The box prototypes are complete!

Two box prototypes made by Morita, a local Sapporo company specializing in box manufacturing, have been completed. This time, we specified “Miranda,” a paper that sparkles depending on the light conditions, which fits perfectly with the “snow” concept. The result looks quite nice.
The shapes are the same as the previous editions: THE ART edition “yuki” is octagonal with strings and tassels, and CLASSIC-neo edition is retractable with V-cut manufacturing method.

Design work in progress, inspired by the beautiful snowy landscape of Hokkaido, Japan 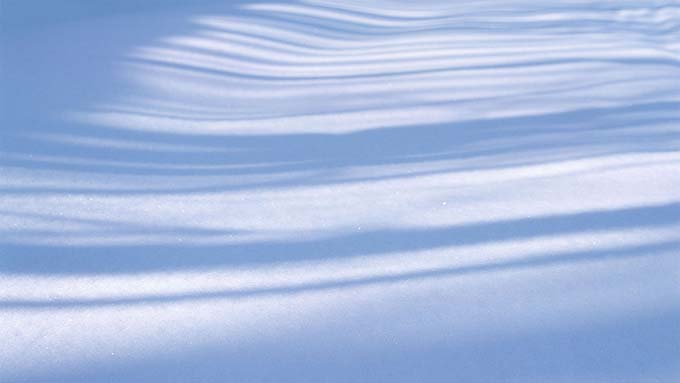 Our team is currently working on two new editions of Bossa. The design concept is “snow”.

Our base, Sapporo, is located in Hokkaido, Japan’s northernmost major island, and is a city that gets a lot of snow. In fact, it is covered with snow for long months from December to April.

For those of us who live in such a place, snow is a wonderful (though sometimes troublesome) thing with many different expressions. Snow is not just white. The color in the morning, in the afternoon, at dusk, at night, on a sunny day, on a cloudy day, and reflection and shadow…. So we wanted to create a beautiful Bossa version inspired by snow. 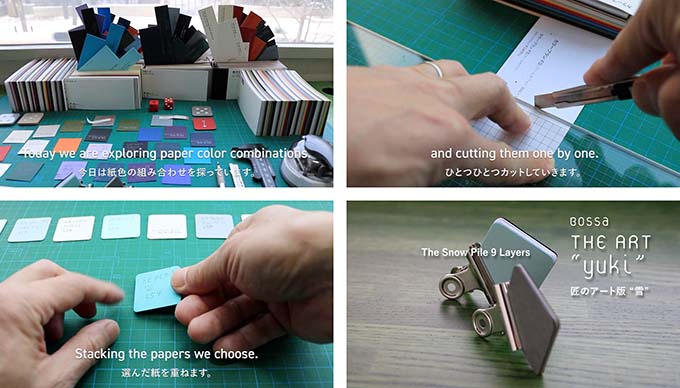 We recently edited a short video of the design work and early design prototype making. We hope you enjoy it!

We would like to participate in the “Make 100” Kickstarter event as one of the projects to launch in late January. Thank you for your support!

A simple yet stylish game of tactics, strategy and a little luck for 2 players.

Following either the dice with white pips or black pips place the tile with the same colored dots alongside the dice. 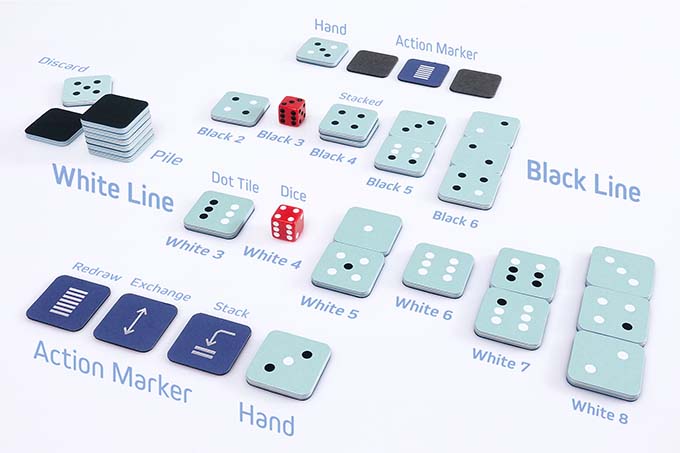 Utilizing the three action cards offensively, defensively or to turn the tables, use up all the tiles in your hand before your opponent, or have 6 rows of tiles on your own color line to win!

Using both the tiles in your hand and the pile, read the play, exploit the action cards, and with the luck of the draw, seize victory!

Bossa has two sets of rules: Advanced rules, which are recommended for gamers, and Basic rules, which can be easily enjoyed beginners.

*Comments, reviews, and introductions to the previous versions.

Preview of the hottest new games to be released at Tokyo Game Market 2021 Autumn
YouTube live stream: At One Channel (November 10, 2021 | Japanese)

A husband and wife battle it out in the Bossa Game!
YouTube video: Fufu Battle Channel (November 12, 2021 | Japanese）

Pick up the new games you are interested in at Tokyo Game Market 2021 Autumn!
YouTube video: Tanikura Channel (November 19, 2021 | Japanese)

Bossa: Use your tactics (and luck of the draw) to get in line before your opponent does!
YouTube video: BOARDERLESS Channel (January 11, 2022 | Japanese)

One of the Best Crowdfunding Weeks…Ever?
YouTube Video: Liege of Games (March 19, 2022 | English)

20 games that you definitely need to check before the days of Tokyo Game Market 2021 Autumn!
Board game website article: Board Game to Life (October 28, 2021 | Japanese)